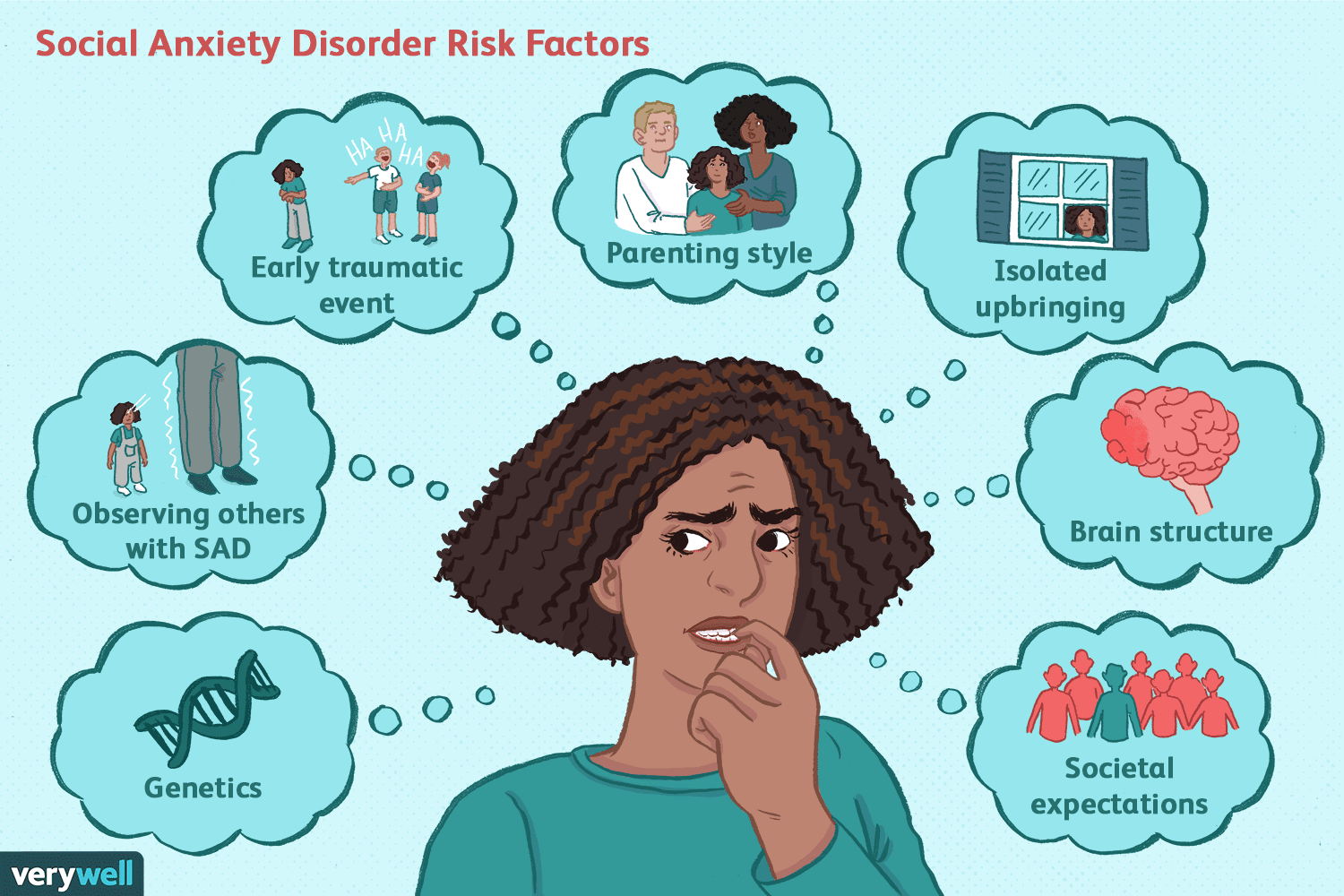 Social anxiety disorder is most simply defined as severe anxiety experienced as a result of being in the presence of others. People with this disorder usually experience significant fear when entering into situations where they have to meet new people, or be open to the attention and scrutiny of others, such as giving a speech. These situations are usually experienced under agonizing anxiety, or are often avoided altogether. People with social anxiety disorder exhibit many symptoms when placed in these situations. These might include sweating, shaking, dizziness, trembling, dry mouth, pounding heart, and shaky voice. Because these symptoms tend to draw attention toward the individual, they often compound the terror experienced by the person.

The anxiety and panic of social anxiety disorder are believed to be related to the neurological transmitter chemical, serotonin, which is also closely linked with depression. However, the disorder occurs due to a combination of excess serotonin, hereditary factors, and life experiences. Social anxiety disorder is found to occur in close relatives, such as siblings, or parents and their children. This may indicate a hereditary-biological basis for the condition. However, because the condition is also partially influenced by various social and environmental factors, its presence among family members may be more of an indication of that household’s particular emotional environment, rather than a strong hereditary basis for the disorder.

One of the most dangerous ramifications of social anxiety disorder is that, by creating associations between the physically unpleasant symptoms of anxiety, it leads some sufferers to start avoiding anxiety-inducing situations altogether. This might mean avoiding school, work, making friends, and nearly all other social situations. If not treated, this usually creates additional problems for the individual, making it increasingly difficult for him or her to confront the disorder itself.